Architecture studio Fala Atelier has finished a backyard garden apartment for a house in Porto, Portugal, topped by a “concrete crown” inlaid with marble geometry.

Identified as Pretty Tiny Palazzo, the 40-square-metre annexe supplies a studio or guest place nestled in a lush back garden, which it overlooks by means of totally-glazed elevations.

Smaller, simply just completed and mostly clear, the framework is topped by a concrete roof that spans the width of the back garden, inlaid with a pink circle of Estremoz marble and tiny black squares of Marquita marble.

“This is the smallest dwelling we ever crafted,” Fala Atelier informed Dezeen. “Contacting it a palazzo refers to the main creating nearby – a palace-like property – and supplies a specified ambition to the usually really discrete piece.”

“The luxuriant setting recommended an ambivalent solution to the architectural object,” additional the observe.

“At human height, the palace is clear, but its crown is happy, adorned with important stones and spanning throughout the perimeter partitions.”

Within, a set alter in the degree of the concrete floor creates two distinct locations that can be utilised as dwelling, bedroom or studio regions, with a toilet and storage location tucked guiding a whole-top white cupboard.

Steel-framed sliding glass doorways at both finish allow for this inside to be completely opened to the landscape, enabling the structure to operate possibly as a more personal home or an open, pavilion-design room. 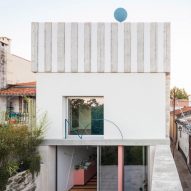 “In an [Adolf] Loos-like manner, two agent areas are defined by the distinctive flooring, with various levels of intimacy,” claimed the follow.

“The toilet and storage home are concealed behind a unitary cabinet of lacquered wooden, whose scale deliberately sits somewhere between architecture and furnishings. A palace shouldn’t be much too straightforward after all,” it continued.

Using inspiration from French artist Henri Rousseau’s painting “The Aspiration”, the narrow back garden, made by landscape architects Oh!land studio, is crammed with lush vegetation, surrounded by a wall of stone and metal fencing.

An casual route of wood planks and stones cuts through this back garden, connecting the major dwelling and the rear of the plot to the Incredibly Very small Palazzo at its centre.

Fala Atelier was started in 2013 by Filipe Magalhães, Ana Luisa Soares and Ahmed Belkhodja, and is known for the typically colourful, geometric aesthetic employed in its styles throughout Porto.

Former tasks by the practice contain a house in Porto finished with sweet-coloured accents, and a sequence of micro-residences around a communal courtyard developed by renovating two granite buildings.

The photography is by Ivo Tavares. 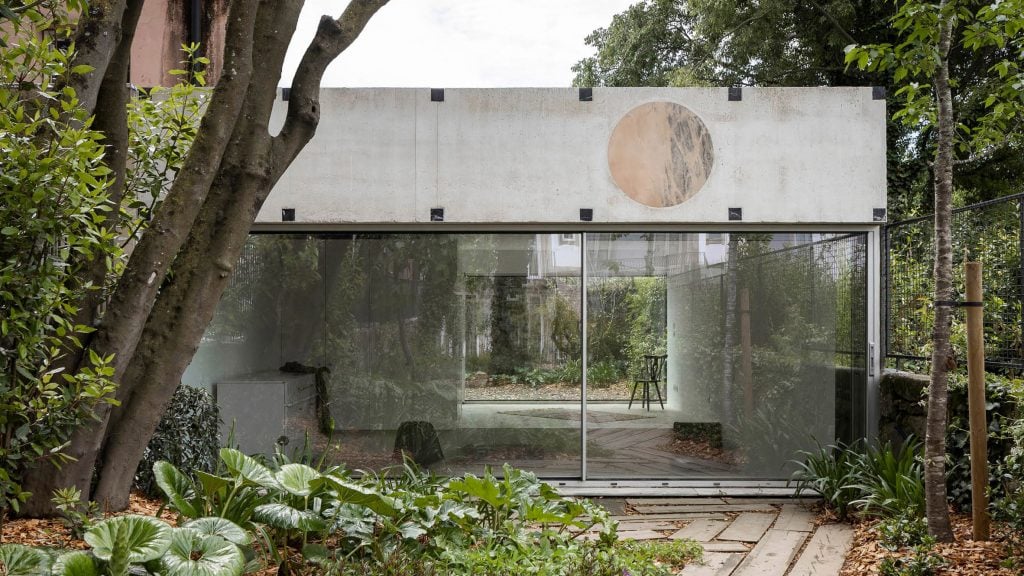